The History Leading to this Project 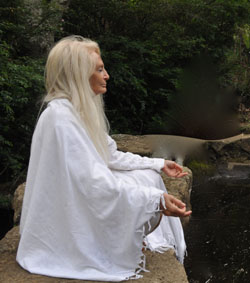 Over a lifetime of dedication to helping mankind, Chris Griscom has developed internationally-acclaimed conscious technologies to lift humanity and evolve our planet into a world of renewed peace, beauty and light.

In the early 1990’s, Chris Griscom began a project called, “Human Potential and Global Responsibility.”  The concept was to activate the profound powers of human consciousness to effect changes in the environment and address global dilemmas that have not found resolution.

She joined a group of educators, scientists, business people and others to present new ideas for collaboration with Russia.  They met with the Academy of Science in Moscow where she laid out a plan to diminish radiation and other environmental forms of pollution through the focus of consciousness.  Once the technique was established, it was to be taught to school children so they could participate in a new and safer world.

For many years, Chris Griscom has been practicing the art of “calling the rain” with her students and through her programs in the arid lands of New Mexico, where the neighboring Hopi nation has successfully done so for more than 4000 years.  Chris also teaches applying conscious focus to bringing the sun, diverting hurricanes, and altering storm  patterns, even in distant places.  These measures are always in concert with nature, simply attracting its energy to areas of most benefit.  For example, the rain always wants to rain; and thus, we visualize its presence in a certain area.

Chris maintains that t he technology of consciousness for manifestation is equally valid for the de-manifestation of matter.  After her trip to Russia, the Academy of Science produced a verification of this fact on Russian television demonstrating a decrease in mercury levels in an office building by using the focus of consciousness to de-materialize the pollutants.  During the same time period, the TM Meditation Foundation engaged in a successful project of reducing crime in the Washington D.C. area by 23% through their meditation practices.  Nikola Tesla also proved these theories of de-manifestation in his famous experiments.

Throughout the Global Warming and Conscious Solutions project, we will be using our consciousness with very specific focus, and through newly developed conscious techniques, to de-manifest the atmospheric pollutants causing global warming—and to raise human consciousness to use new global energy solutions. 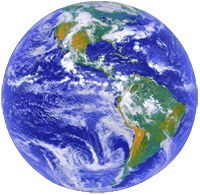